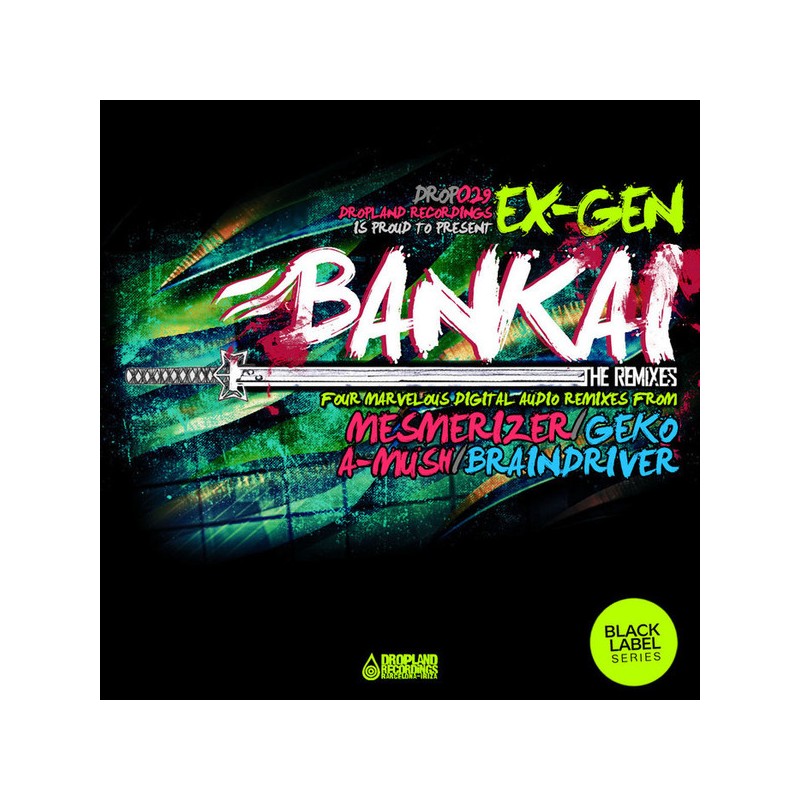 Bankai means "Full Release" in japanese and this is what we have done with this pack of remixes from some of the most savage and wild psytrance "Shirigamis". From France, the blasting full on night duo Mesmerizer. From the sunny Israel, the audio scientist Geko. From Portugal, the new super hero of Dropland Recordings, A-mush and the last remix weapon have been created in the french Alps by the always effective and energetic artist, Brain Driver. Don't be scared, just let yourself go and BANKAI.